My good buddy, and awesome-author, Eric Devine, has hijacked my blog! He threw a bash to celebrate the release of his cover for PRESS PLAY, and now he wants to give away the gifts we gave him. Okay! And he really wants to unveil his new cover to you, his fans! So please...PLEASE participate, and just maybe I'll get my blog back. Ha! Ha! You're gonna love it! Without further ado, I give you: the talented, Mr. Eric Devine:

I threw a party and want to give you my gifts!!


So I finally got to see the awesome, amazing, and intense cover for my next novel, Press Play. And then the Book Buzz 2014 Young Adult edition released, which has the first two chapters in it. I was so excited that I threw a party to celebrate.


Bethany Crandell came with a signed copy of her novel, Summer on the Short Bus and a swag pack with bookmark and pin. 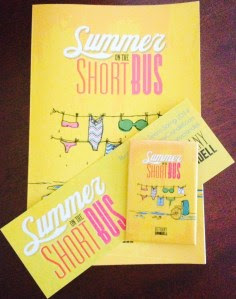 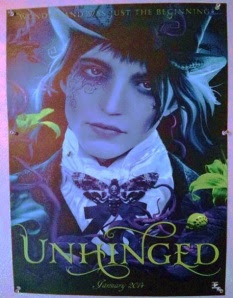 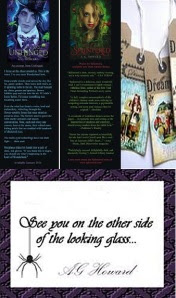 Lisa Ann O’Kane rolled up with an e-copy of her debut, Essence and some sweet swag pins. 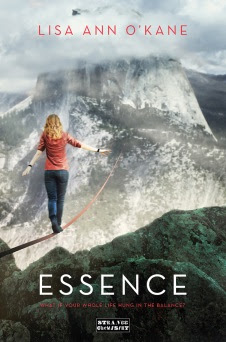 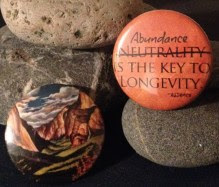 A. Lynden Rolland rocked the place with a signed copy of her debut, Of Breakable Things and her swag pins and bookmark. 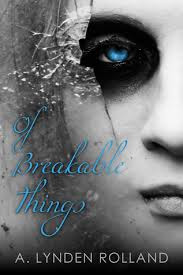 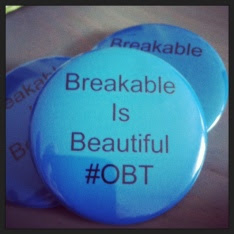 And then Justin Holley scared us all with his contribution: a signed copy of the horror anthology, Amanda’s Recurring Nightmares, in which his short story, “Wildflower” is featured. 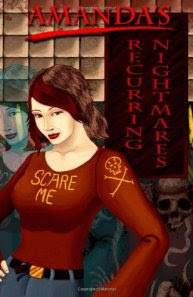 We had a blast, and because I’m so thrilled with my cover and the sample chapters, I WANT TO GIVE ALL MY GIFTS AWAY.


So let’s reveal my cover and then you will have a chance to win all that you saw above, as well as a signed copy of Press Play. Awesome, right?


And for the teaser:

Scroll for the real deal 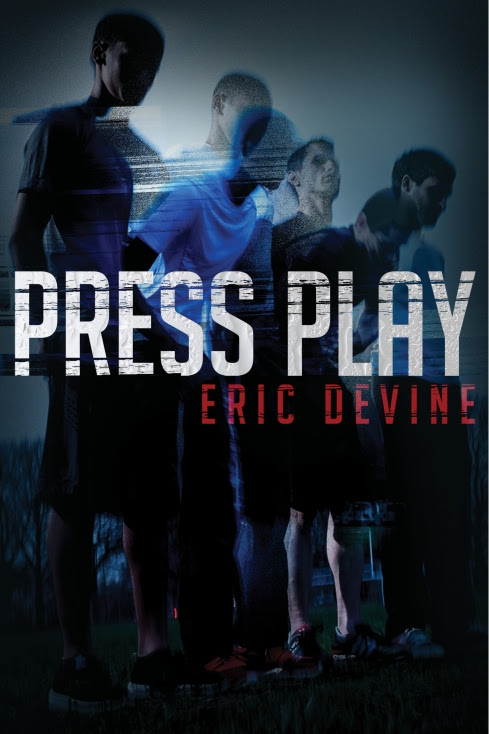 Read more »
Posted by Justin Holley at 6:00 AM No comments: 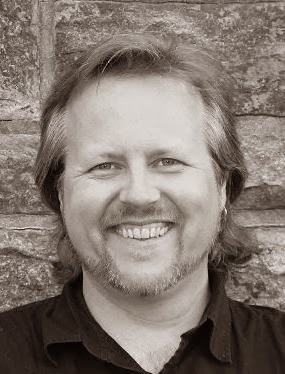 Bemidji, Minnesota—not usually equated with being a hotbed of cultural style—has per-capita, perhaps, a stable of authors who can hold their own with the denizens of the smarmiest of literary abodes. Even though he now lives elsewhere, I would like to spotlight one of these folks in particular. I present to you, a dear friend of mine, the talented author, Wade Alan Steele. He is the author of PLAGUE SEED and other fantastical delicacies.

So, we went to school together, you and Seems like an eternity ago to most, but like yesterday to us writers who never forget anything. Now, we sang in choir, you acted in many a production, but never, not even once, did I hear you mention writing as an interest. So, when and how did you first get the bug for this thing?


I had just graduated from the National Shakespeare Conservatory (1995) in NYC and had escaped the next logical career step as an actor, being a waiter.  I was working at a new movie theater in uptown and was living in at the time.  This meant an hour commute by subway.  I wasn’t making very good money, certainly not enough to do a lot of book shopping, and I had a fine at the Brooklyn Public Library that was growing by the week, so I was reading the same books over and over again.  I was also dating a lovely woman from – another trek, believe me – and had a great deal of time to kill in transit.


I purchased a Mead Composition Book.  I had done some writing in high school and college, but had never finished a story, so I decided I would use that wasted subway and Staten Island Ferry time to write.


I started with a poem to the woman I was dating: “It was her autumn eyes that began my fall”.  As I continued writing, it started to sound like a character, and he sounded like a jerk.  I have been a Dungeons and Dragons player since the age of 13, so I had a whole world already built—I threw the character into that world and into a brothel.  Because why not?  The poem became the first chapter of the Plague Fall Trilogy.

Six filled to the last page Mead Composition Books later I had finished a story.  I was hooked.


Originally I saw dollar signs, someone optioning the book for a movie, mad bling—I’m not ruling those things out, but my goal now is to finish book two and three in the next year and a half and tell a good story.


The hardest part of the self-publishing path, especially on a shoestring budget, is that you have every job; writing, marketing, web design, book trailer creator—all of it falls to you.  I spend money where it matters; an awesome editor, Lexi Klenow and a crazy talented cover artist, John Amor, but the rest of it, all me.  I have serious respect for those self-published folk who can not only turn out awesome material, but also execute the backstage things so well.  It’s a crazy learning curve, takes up a lot of creative time, and I’ve got a lot to learn.


I have a survival job and am a father of two rambunctious boys, so my creative/business planning time is short (when it comes) and often happens either late at night (like now) or before sunrise, but it will always get done.  I’ve got a story to tell, damn it.  It will get done.

Plague Seed (book one in your planned trilogy) has managed nothing but positive reviews, with many reviewers clamoring for the next installment. Can you give us an indication of how long this wait may be? Any advance plot-lines you’d care to share with the public at this time?


Plague War, Book Two of the Plague Fall Trilogy is with the editor as we speak and my cover artist is working on the layout for the cover.  My hope is for a late February, early March release.


The events of Plague Seed, book one, were unkind to our hero, Drayvus Varden, banished elven knight turned professional mischief maker and killer, but as the novel closed it looked as if he would start down the hero’s path.  Plague War finds Drayvus trying to drink himself to death in the makeshift refuge of Town—he’s Nick Cage-ing the place Leaving Las Vegas style; , that’s what I’ve been calling the first third of the book.  He needs to be dragged kicking and screaming to save his people from the disease he was used to bring back. 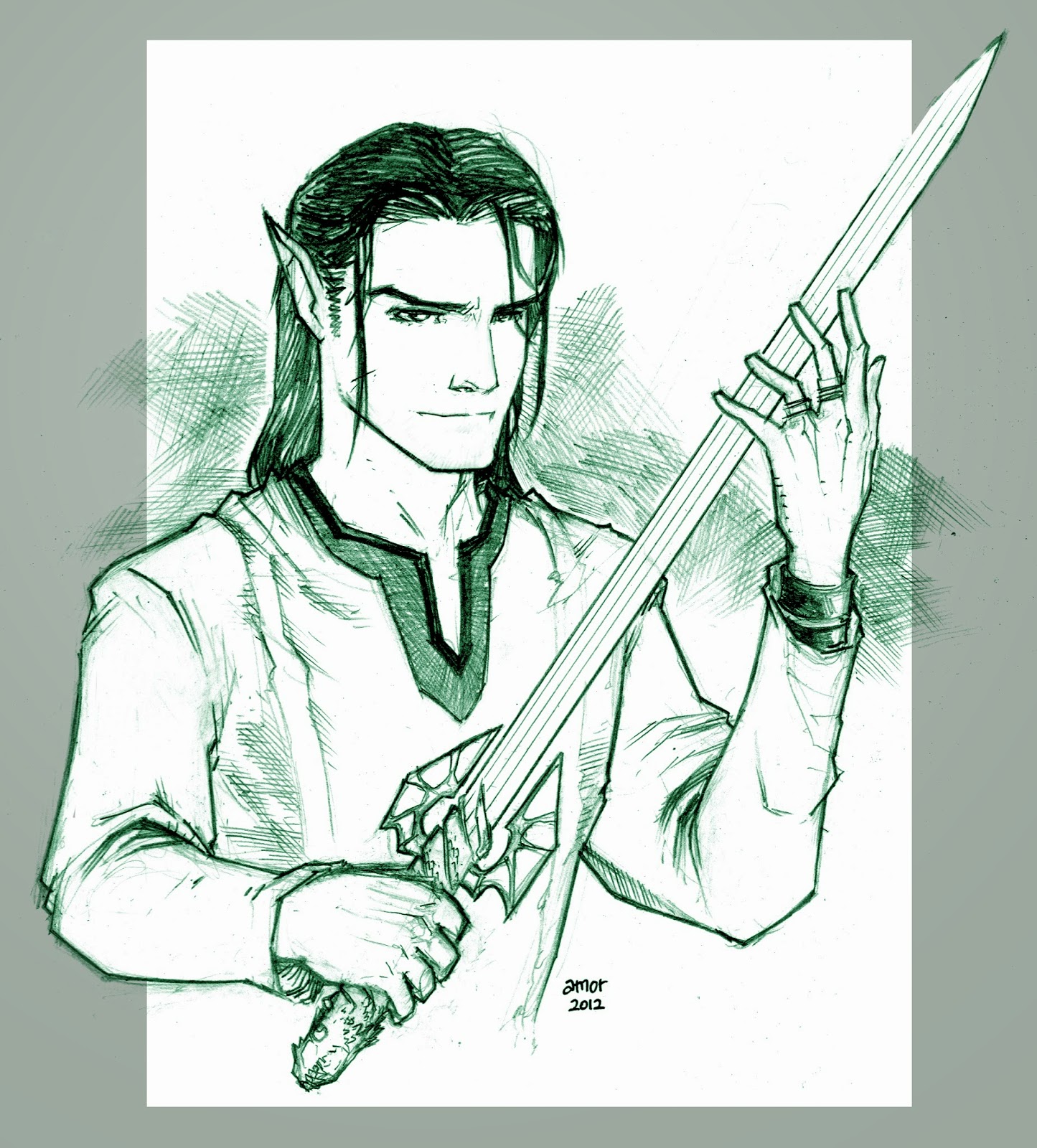 Any plans for other future new projects that you can share?


I’ve got a few ideas I’m very passionate about.  Being a horror writer, you probably know a little bit about witch hunting.  There is a 15th century witch hunter’s manual called The Malleus Maleficarum, or the Witch Hammer, written by Heinrich Kramer and James Sprenger, two Dominican monks.  It is a hateful handbook, sanctioned by the church, laying out the process of finding, interrogating, and setting up a trial for an accused witch.  The Malleus Maleficarum became the standard guide to the massive witch burnings of the Inquisition.  I would like to write a historical fiction novel using this book as source material.

I also have a comic book in the works with my cover artist, John Amor called Geek Gods, about five 13 year old roleplaying geeks who find a planet in a box and become gods to its inhabitants.  That one has been in the works for a while, but it’s going to be worth the wait!  Amor’s work is really stunning.  (http://johnamorartist.com/)

I happen to know several of your best-kept secrets, the fact you find the song “Talk Dirty To Me” by Poison a guilty pleasure not least of which. But please, it’s been a long time. What can you share with my blog-readers that they might not know by visiting you on social media?


Dear lord.  Can it get anymore embarrassing than “Talk Dirty to Me”?  I am still lost in that era of music, man.  Can’t help myself.  Love the Hair Band stations on Pandora!

I’m a TV junkie like you wouldn’t believe.  Love my Supernatural, Community, and Parks and Recreation.  Really quite dull.  There’s my secret; I am really quite dull!


What advice might you give to an aspiring writer who is just trying to break in to the madness?


Read.  Read multiple styles and genres.  Get to know what you like, what you don’t like; what works for you, what doesn’t. Pick up a strange history book or a repair manual.  Read that.  Inspiration can come from the least expect places.


Write.  Write every chance you get.  When you start writing crap, keep writing; the likelihood that something brilliant will come next is greater than if you let crap writing defeat you.


Get yourself a copy of The Elements of Style or, at the very least, The Complete Idiot’s Guide to Grammar and Style.  No matter how brilliant you are in this regard, you will always learn something useful.


Share.  Share your writing with someone you trust.  I have something called the final “Wife Read”.  My wife is the world’s greatest reader!  If a sentence passes the wife test, I’m golden; I know I have a sentence that kills.


Hire an editor.  If you’re going to spend money, do it here.  You want your finished product to sparkle.  I rushed into my first self-publishing endeavor; a book of short stories called A Sudden Dominance of Shadows.  The stories could have used a copy and story editor to be sure.  Some day I will revisit the book; there are many worthwhile tales in there.


The first grammatical or formatting error will cause even the most forgiving reader to drop your book like a hot stone.  Dress that child of yours up!

What’s the best way for your fans to connect with you?


I am a social media pygmy, but I’m trying to build a greater online presence.


Any last words? (You are being interviewed on a horror author’s website, after all).


A few.  First, thanks for sharing your corner of the internet with me.  I miss you, bro!  Now that I am a Minnesotan once more, we must needs hang! Second, read Plague Seed.  It is Joss Whedon meets Dungeons and Dragons.  It’s a lot of fun and touching too.  Swords, dragons, elves, dwarves and… heart.  Ha!  Yup, I do my own marketing!


So, there you have it! Thank you so much, my friend, for allowing me the interview, and for dressing up my blog with flare and moxie. And here’s to—hopefully not in the too-distant future—you and I sitting around the fire with snotty drinks in hand. We will discuss the old days, the new days, and toast to the small dent we have managed to put in the publishing world.